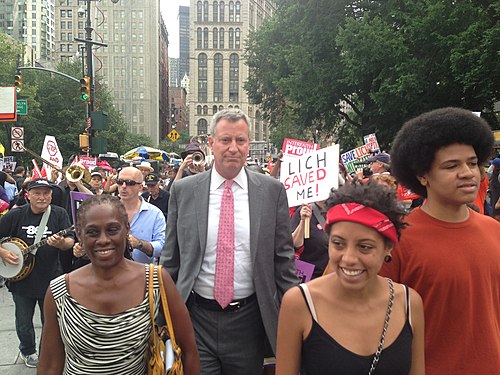 NYC Mayor Bill de Blasio released a video announcing his candidacy on YouTube  Thursday morning.  The central theme of de Blasio's campaign is "working people first." He joins a crowded field of nearly two dozen Dems. Earlier this week, de Blasio held an event at Trump Tower in NY to announce that 8 of the president's signature namesake buildings would owe the city $2.1 million per year if the Trump Organization doesn't make changes to cut their greenhouse gas emissions, in NYC's version of the Green New Deal, which  takes effect on Friday. Earlier this year, de Blasio was sworn in to his second term by Sen. Bernie Sanders.