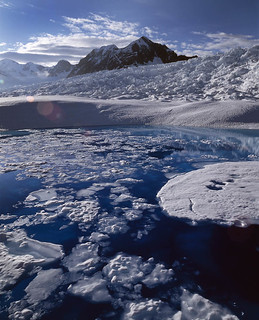 NASA has released new images showing global sea level rise. The agency's scientists say sea levels have risen four inches in the last two decades. [Short but dramatic animated video shows what satellites have actually shown. The implications are ultimately beyond imagination, at least to anyone following the changes in weather that we learn about on a daily basis.]