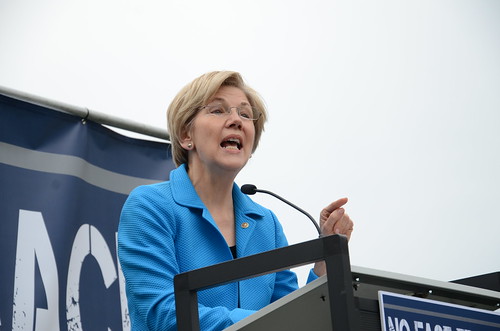 White House budget chief Mick Mulvaney has already admitted that he sold access to lobbyists as a member of Congress, but now Sen. Elizabeth Warren (D-Mass.) is demanding to know whether he's doing the same as acting head of the Consumer Financial Protection Bureau (CFPB), given that "almost every major decision he's made" at the agency has rewarded his campaign donors. "I'd like Mick Mulvaney to explain to the American people why almost every major decision he's made at the CFPB has benefited the lobbyists who donated thousands of dollars to his political campaigns."