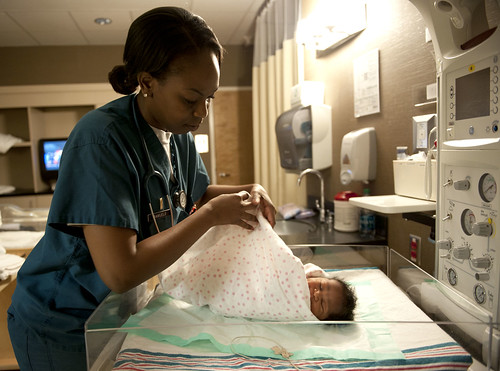 Women of color cannot receive culturally competent care from a birth industry that is overwhelmingly white. Black mothers in particular have a maternal mortality rate that is more than four times the national average. According to the Centers for Disease Control (CDC), there is an average of 12.1 deaths per 100,000 live births for white women, 40.4 deaths per 100,000 live births for Black women, and 16.4 deaths per 100,000 live births for "women of other races" (the CDC report does not break this number down further). Meanwhile Black babies have an infant mortality rate that is more than two times the national average. Despite efforts from the World Health Organization (WHO) to combat maternal and infant mortality, maternal mortality rates in the United States continue to worsen, unlike those in other wealthy countries.