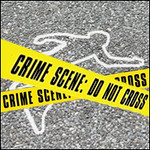 Most murders of American women involve domestic violence, according to a report released by the Centers for Disease Control and Prevention on Thursday.  Over half ― 55 percent ― of cases where circumstances were known involved domestic violence. In 93 percent of those cases, victims were killed by current or former intimate partners: boyfriends, husbands, and lovers. Around three women a day  are murdered by an intimate partner, and in many cases, children and others are also killed.  The CDC found that firearms were used in 54 percent of all female homicides. Limiting access to guns for those subject to a domestic violence protective order could serve as a preventative measure to help reduce deaths, it said: One study found that states that restrict access to firearms for people under domestic violence protective orders  had a 25 percent reduction in intimate partner gun homicides.

STAY IN THE KNOW
If you've enjoyed this, sign up for our daily or weekly newsletter to get lots of great progressive content.
Series: "Toxic Patriarchy"