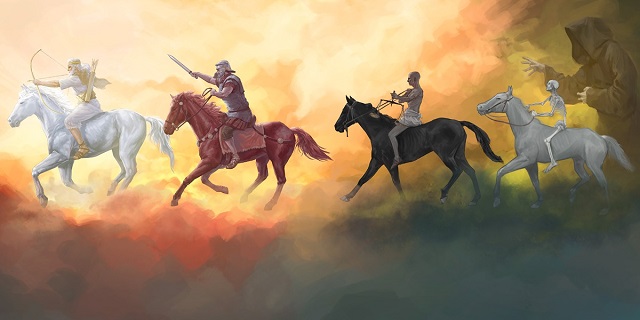 These are not solitary riders searching for their own particular onslaught but work in cohort with one another united in their threat and their growing efforts to erase humanity
(Image by jw.org)   Details   DMCA

We live in an environment in which the horsemen of the apocalypse lurk, restless, waiting, growing stronger with each passing day. The first apocalyptic rider readily visible is that of global warming, part of climate change, itself part of large scale environmental degradation.

The second rider, always visible, but seldom considered inside apocalyptic scenarios, operating openly, seldom truly understood, is financial collapse, not the collapse itself, but the ramifications of how it occurs and what follows.