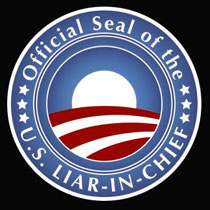 'On January 20, Donald Trump was sworn in as the 45th president of the United States. Minutes later, the White House website switched hands — and previous pages detailing President Obama’s climate…The new website features, instead, a page dedicated to “An American First Energy Plan,” which details the new administration’s stance towards energy and (a lack of) climate policy. The plan tracks almost exactly with promises made by Trump during the campaign — to unleash more fossil fuel extraction, especially on federal lands, cancel Obama-era climate policies like the Climate Action Plan and the Waters of the United States rule, and invest in “clean coal” technology.Trump has yet to explain how his plan would succeed in both supporting the natural gas fracking boom and bringing back coal jobs.'

Other Series: View All 76 Articles in "Environmental issues"

Other Series: View All 388 Articles in "Insanity AFOOT!"

Other Series: View All 601 Articles in "lies & propaganda:: the rant"

Other Series: View All 38 Articles in "the END of EVERYTHING: the environment"