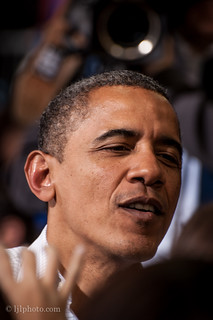 President Obama
(Image by Landre Photography)   Details   DMCA
The Obama administration will unveil a new rule Wednesday that would make millions of middle-income workers eligible for overtime pay, a move that delivers a long-sought victory for labor groups. The regulations, which were last updated more than a decade ago, would let full-time salaried employees earn overtime if they make up to $47,476 a year, more than double the current threshold of $23,660 a year. The Labor Department estimates that the rule would boost the pockets of 4.2 million additional workers. The administration’s rule would benefit women, minorities and young workers the most, according to estimates from the left-leaning Economic Policy Institute. The change will go into effect Dec. 1 of this year.
Read the rest of the story HERE: