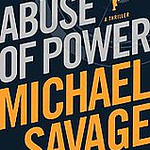 Conservative talk show host, Michael Savage, who fervently supported Trump during the Presidential campaign, soured on him today. Savage, referencing his background in science, having a PhD in epidemiology, said the alleged gas attack in the ISIS controlled city of Idlib was most likely phosgene and not sarin.

Backing up his claim that the attack did not contain sarin, Savage made reference to photos showing first responders attending to bodies without gloves or protective gear. Had sarin been used in the attack, all of those men in white helmets would be dead.