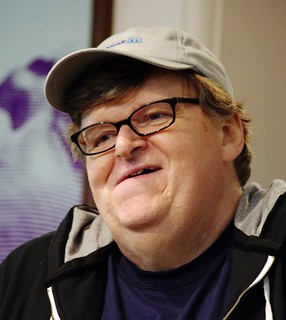 Michael Moore
(Image by david_shankbone)   Details   DMCA
Filmmaker Michael Moore calls the Flint water crisis an issue of racism, as the mostly Black and poor residents of the town will now be faced with expensive water bills. The residents of Flint have been dealing with the crisis created by elected officials for years, but will now have to literally foot the bill for it. Over the next 5 years households will see their water bills more than double. Today, Flint’s population is 99,000, meaning residents will have to take on the expenses of a fixed-cost system of those who left the city behind.
Read the rest of the story HERE: