During an appearance on MSNBC, Trump’s former longtime fixer and personal attorney told host Joy Reid that he predicts Trump, if he loses, will claim the Nov. 3 election was rigged and use Attorney General William Barr to invalidate ballots that he will say are “fake” in order to stay in office.

“He doesn’t care about the Constitution of the United States,” he said. “He believes that he’s above everything.” 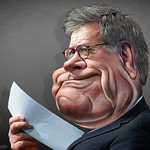