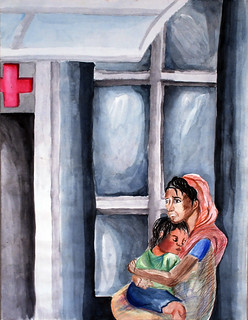 The refusal of some 20 Republican governors or state legislatures to accept the ACA Medicaid expansion has to rank as one of the biggest political and moral scandals of modern times.  To allow millions of citizens to suffer or die needlessly without health insurance merely to continue a political grudge is beyond reprehensible, but to do so when such state costs are covered between 90% to 100% by the federal government descends to abject immorality.  That funding fact, alone, makes today's sad episode one for the history books.  Like the "Jim Crow" South or post-WWII "red-lining" of minority communities, this Republican policy of denying available health insurance to the poor is indefensible on a historic level.