Sen. John McCain has taken another surprising stance, partnering with Sen. Sheldon Whitehouse (D-RI), to call on the Supreme Court to strike down Wisconsin’s partisan redistricting. The senators did not mince words in calling for the Supreme Court to affirm previous rulings, correctly calling partisan redistricting exactly what it is: “wasted votes, silenced voices” and hidden power. 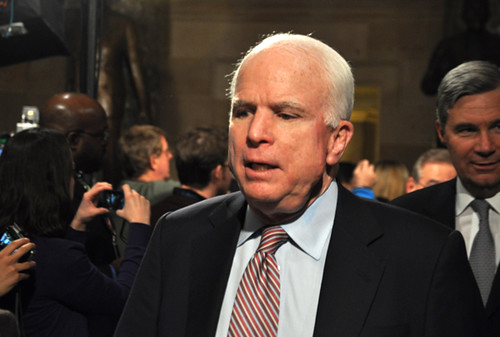 Sen. John McCain, R-Ariz.
(Image by Medill DC)   Details   DMCA
Gerrymandering and partisan redistricting are the key to Republican control of the House. From the
Read the rest of the story HERE: