This article shows the massive hypocrisy of the U.S. government's honoring of Martin Luther King. Based on the extensive transcript of the trial brought by the King family in 1999, Graeme MacQueen clearly and factually shows that the jury verdict tells an alternative history that should be required knowledge for people world-wide: that the government assassinated him, and then, in an Orwellian maneuver, named a holiday in his honor that resulted in concealing the full truth of his mission and why and by whom he was murdered.  MacQueen uncovers these truths, and shows why even more honor is due this great American hero who was such a danger to the power elite. 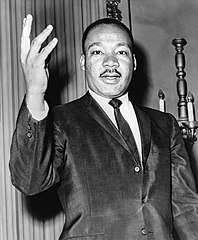