Ms. Williamson told the audience they had been “trained in America over the last few decades to expect too little, to say pretty please about things that should be the right of every American.” 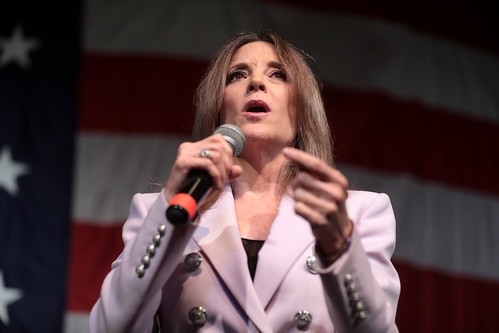 Mr. Sanders, appearing at the last rally of a Texas swing that took him to El Paso, San Antonio and Houston, thanked Ms. Williamson at the beginning of his remarks and echoed her words.

“The major problems we face are the limitations of our imagination and what we believe as a nation we can become,” he said.