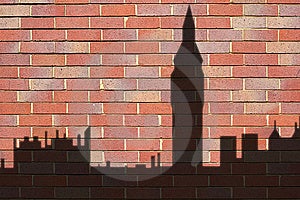 'MUST SEE! The fascinating a map of shadows produced by thousands of buildings in New York City over the course of one day,on the winter solstice, when the day is shortest and noontime shadows are longest, using the best technology. An inverted view tells the story of the city’s skyline at the ground level. From the long westward winter shadows cast on the Hudson from One World Trade, to the unusually bright, sun-dappled street corners of Midtown Manhattan in spring, to the dark vein of Broadway’s ridgeline, to the summertime shadows that form crosses in Madison Square Park, to the interlocking patterns cast by Stuyvesant Town’s towers. Sunlight and shadow shape the character and rhythm of New York’s public spaces. They have the power to control the flow of foot traffic on our city streets and decide which plazas hum with activity and commerce and which stay barren and desolate.'