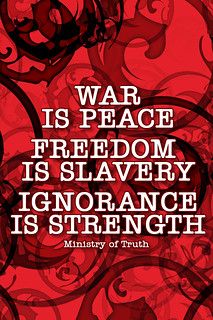 Pure Orwellian  doublespeak! 'The Great Public Schools Now Initiative' is a plan by the  Broad Found­a­tion to place half of the stu­dents in the Los Angeles Uni­fied School Dis­trict in­to CHARTER SCHOOLS. it will cost $490 million and take 8 years to build 260 new charter schools. This would, of course, decimate the remaining public schools by draining them of students and resources.And the city would run a dual school-system, both supported by public funds. But only the charters would be free to reject students they don't want, and they would have ample resources from their friends in philanthropy and hedge funds.

Diane Ravitch asks:'Who elected Eli Broad, a man who has said publicly that he knows nothing about education, to redesign the public schools that belong to the people!'

Will anyone stand up to this billionaire who thinks he can buy anything and anyone?

Other Series: View All 225 Articles in "Ending democracy: end the institution of public schools"

Other Series: View All 475 Articles in "PRIVITIZATION."