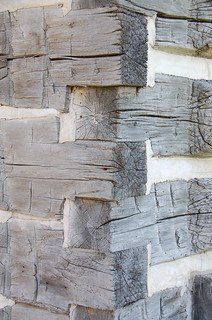 Log cabin interlocking detail
(Image by Corvair Owner)   Details   DMCA
Melissa Gilbert, best known for playing Laura Ingalls Wilder in the 1970s television drama "Little House on the Prairie," has thrown her bonnet in the ring for a U.S. congressional seat.Gilbert, 51, who moved to Howell, Michigan, in 2013, said in a tweet on Monday that she was "excited to announce my run for U.S. Congress in Michigan's 8th. Please join me in my fight for working families."
Read the rest of the story HERE:

I was raised an Armybrat, which gave me an appreciation for our military, diversity and travel. In my young adulthood I was a Republican, this in the days Republicans were still actually conservative. When the move began in earnest to push (more...)