Sen. Lindsey Graham (R-S.C.) gushes in a new Republican ad that former Vice President Joe Biden is “as good a man as God ever created” — while President Donald Trump is a “xenophobic, race-baiting, religious bigot.”

What a difference an administration makes. The comments were pulled from  Graham’s past, “before he lost his conscience” and became one of the president’s staunchest defenders, noted a statement from the Republican Voters Against Trump.

“You want to know how to make America great again?” Graham asked in 2015. “Tell Donald Trump to go to hell.” 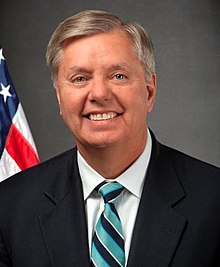