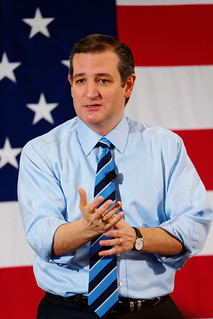 Senator Ted Cruz
(Image by Michael Vadon)   Details   DMCA
Most members of Congress had something to say about never forgetting the heroes of 9/11 as the 14th anniversary of those attacks passed Friday, but by the end of the day, only about a third of federal lawmakers had signed onto new legislation to aid those ailing responders. The old law to help those responders passed nearly five years ago. It begins expiring next month, yet legislation to extend that aid remains stuck in Congress. More than a dozen lawmakers threw their support behind the bill over the last week, but that brings the numbers to only 145 out of 435 House members and 37 of 100 senators.
Read the rest of the story HERE: