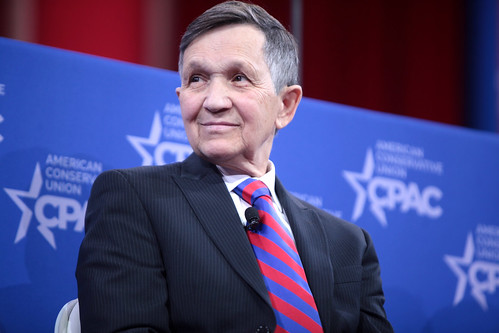 Keith C. Burris, The Toledo Blade: (I had) 'an encounter with one of the last honest men in American politics...Kucinich told me, 'I do understand why Donald Trump was elected. I really do.' He said that Americans want their politics 'to actually mean something,' and for politicians to represent the practical interests of ordinary citizens... 'Remember,' he said, 'Trump beat both parties.' And ... when I asked (Kucinich) if he was 'done' with politics, he replied: 'Do I sound like a guy who’s done?''