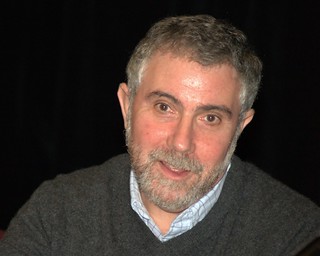 Paul Krugman
(Image by david_shankbone)   Details   DMCA
This seems to be the week for Trump tax mysteries. One mystery is why Donald Trump, unlike every other major party nominee in modern times, is refusing to release his tax returns. It could be how little he pays in taxes, a revelation that hurt Mitt Romney in 2012. But I doubt it; given how Mr. Trump rolls, he’d probably boast that his ability to game the tax system shows how smart he is compared to all the losers out there. So my guess, shared by a number of observers, is that the dirty secret hidden in those returns is that he isn’t as rich as he claims to be.
Read the rest of the story HERE: