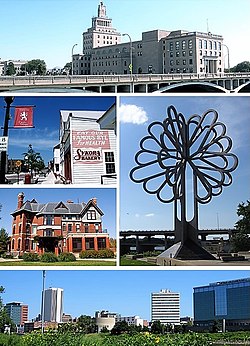 Cedar Rapids, 2nd largest Iowa city: After New Years, I joined a crew of friends who came from Seattle, Pennsylvania and New York to get out the vote for Bernie Sanders. We rented a house, bought groceries, and bundled up to knock on doors together in the Iowa winter.

Biden’s support is just left over shine from Obama. No one really likes him. But still, I can’t believe it. My new friend will caucus and wants a yard sign. He’ll bring some friends. I walk next door and knock on his neighbor’s door. He’s home with an injury. He’s on disability. He was also only planning to vote in the general. Not anymore. He’s ready to rock. Another yard sign.  That’s three Bernie yard signs in a row.