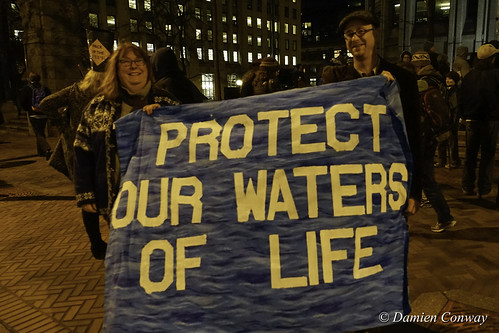 A total of 210,000 gallons of oil leaked Thursday from the Keystone Pipeline in Marshall County, South Dakota, the pipeline's operator, TransCanada, said. Crews shut down the pipeline Thursday morning and officials are investigating the cause of the leak.This is the largest Keystone oil spill to date in South Dakota. The sections of pipeline affected stretch from Hardisty, Alberta, to Cushing, Oklahoma, and to Wood River, Illinois, the company said. Environmental activist group Greenpeace said the spill shows another section of the pipeline in Nebraska should not be approved.