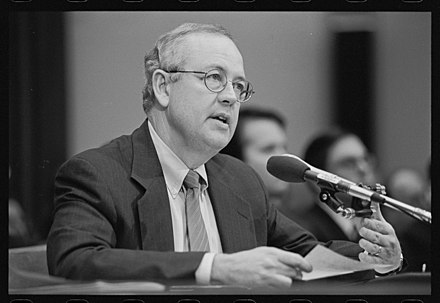 Ken Starr, the guy who got Bill Clinton impeached, a day ago on Fox: “What we hear is 'improper.' I've never heard the suggestion 'unlawful.’ I think, again, the president's judgment is being called into question — whether this is wise or not. But, not a crime. Reasonable people could say he should not have done that. Perfectly reasonable conclusion ... but the idea that this was impeachable is, to me, quite extreme. It's extravagant. It's certainly not what the founding generation intended.”

Starr wasn’t interested in defending Donald Trump’s behavior, but he didn’t think it rose to the standard for impeachment, saying about the proceedings, “It's extravagant. It's political.”

It’s funny seeing Starr defend Trump, given that he pushed for Clinton’s impeachment over a consensual sexual dalliance. But the Republican defense has held steady … that is, until Ambassador Gordon Sondland.