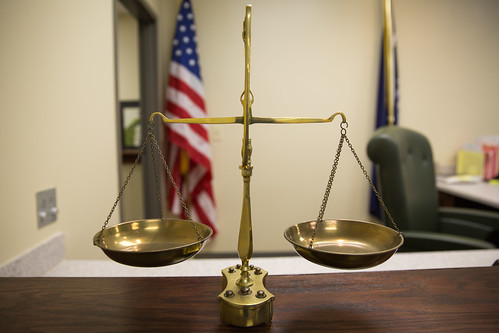 Scales of Justice
(Image by North Charleston)   Details   DMCA
A federal judge in Kentucky is the latest to take Trump at his word when he says something controversial. Judge David J. Hale ruled against efforts by Trump's attorneys to throw out a lawsuit accusing him of inciting violence against protesters at a March 2016 campaign rally in Louisville.

At the rally, Trump repeatedly said “get 'em out of here” before, according to the protesters, they were shoved and punched by his supporters. But Hale noted that speech inciting violence is not protected by the First Amendment and ruled that there is plenty of evidence that the protesters' injuries were a “direct and proximate result” of Trump's words.