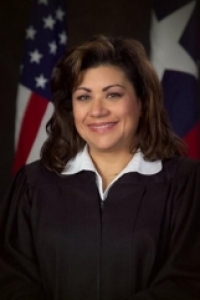 Citing what she called Donald Trump's racist ideology, Elsa Alcala, a retired Republican judge on the Texas' highest criminal court, announced that she can no longer support the GOP and has left the party."President Trump is the worst president in the history of this country," Alcala wrote last week. "Even accepting that Trump has had some successes — and I believe these are few — at his core, his ideology is racism. To me, nothing positive about him could absolve him of his rotten core.” Alcala spent 20 years as a GOP judge, also serving in a trial court and intermediate appeals court.