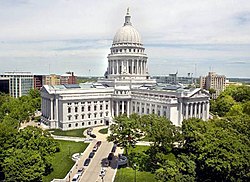 Judge Conley blasted decisions not to delay the election to protect people’s health but refused to postpone it himself, saying a federal judge shouldn’t act as the state’s health officer. “As much as the court would prefer that the Wisconsin Legislature and Governor consider the public health ahead of any political considerations, that does not appear in the cards. Nor is it appropriate for a federal district court to act as the state’s chief health official by taking that step for them," This marks a partial Democrat victory who argued that thousands of voters might be disenfranchised because time is running out to file absentee ballots. Poll workers have been quitting in droves. Wisconsin Election Commission: 100+ municipalities lack enough staff to run even one polling site, and requests for absentee ballots have been setting new records daily.