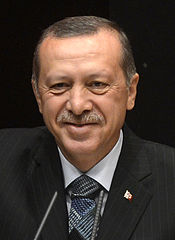 The Turkmen in the north of Latakia province live in an area called Turkmen Mountain near the Turkish border, including the sub-districts of Rabia and Qastal Maaf.  The Turks call this area Bayirbucak.  It is alleged that Turkey and the CIA are sending weapons for the rebel groups through Turkmen Mountain.  Russia appears to have been attempting to cut off a smuggling route for CIA weapons such as T.O.W. anti-tank missiles through Jabal Turkmen by attacking the Turkmen militias of northern Latakia Province, in the interests of shoring up the al-Assad government there.