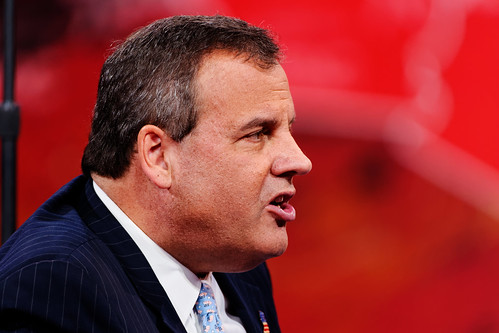 6 families who own cottages next to Chris Christie's private beach were ordered to leave their homes under threat of arrest while the governor lounged in the sun. It might have gone unnoticed but for the hunch of  photographer Andrew Mills of the NJ Advance Media. Suspicious, Mills met his pilot at Monmouth Executive Airport, 25 miles from the beaches, and spotted Christie's state-funded helicopter parked there, "instead of outside the mansion, where it would draw more attention." Mills took the now viral photos of Christie sunning it up on a pristine stretch of state-run sand. Christie later told the press he had 'not got any sun.' When challenged with the incriminating photos, a spokesman claimed Christie had simply meant he wore a baseball cap. 'Well, that baseball cap might have protected him from the sun, but not from my lens,' Mills said.