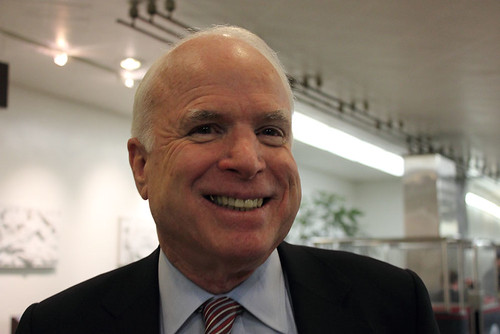 Literally one day after winning his primary, Sen. John McCain (R-Ariz.) gave up on Donald Trump. In fact, McCain now sounds a bit like he's betting on Trump losing — or, at least, looking like a loser for the rest of the campaign season — to help him win a sixth term in the Senate. In a gauzy, five-minute YouTube video released Wednesday, McCain looks directly at the camera and says: "My opponent, Representative Ann Kirkpatrick, is a good person. But if Hillary Clinton is elected president, Arizona will need a senator who will act as a check — not a rubber stamp — for the White House."