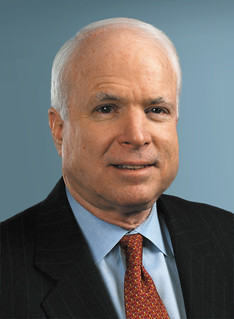 John McCain
(Image by Image Editor)   Details   DMCA
Arizona Sen. John McCain worries that, should the current Republican presidential candidates continue flinging insults at one another, the cutting remarks could come back to haunt them in 2016. The race to the White House has become frequently more heated in recent weeks, with GOP front-runner Donald Trump attacking his rivals' demeanors as "low-energy," as he's done with Jeb Bush and Ben Carson, and insulting their physical appearance, as with Carly Fiorina. His Republican opponents have also fired back, with Bush launching the harshest critiques and saying the billionaire businessman "needs to act like a serious candidate."
Read the rest of the story HERE: