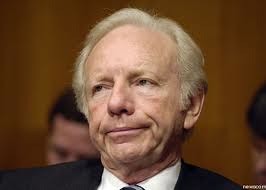 Joe lieberman
(Image by Fighting For Our Health)   Details   DMCA
Former U.S. Sen. Joseph Lieberman is pressuring a top Senate Democrat, Chuck Schumer of New York, to block the Iran nuclear deal. Lieberman, an Orthodox Jew who was a vice presidential candidate in 2000, said “Chuck is the key” to blocking the deal. Schumer also is Jewish. “I just can’t believe Chuck Schumer will support this,” Lieberman said. Schumer said Sunday that he is “studying [the agreement] very carefully.”
Read the rest of the story HERE: