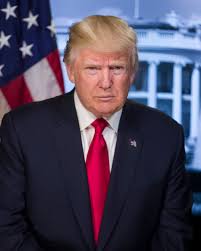 The Donald Trump campaign has announced that it’s formally requesting a recount in Wisconsin.

At the same time Trump is demanding that the votes in Wisconsin be counted a second time, he just filed suit to stop the remainder of the ballots in Michigan from being counted the first time. This is a self defeating legal strategy, as Trump’s recount request negates his argument for expediency.

Biden is already ahead in Michigan, by nearly 50,000 votes. But Trump has been backed into the corner, where the only options he has left are dumb ones.

In any case, we (and the Biden campaign in this video) expect Michigan to be called for Biden at some point later today.

This means we’ll wait to see if Nevada, Georgia, or Pennsylvania puts Biden over the top. That could take days. But at this point it seems very likely Biden will win, and Trump has no real recourse.