Former Vice President Joe Biden is dominating President Donald Trump in the latest polls. No, the election is not over yet, and Trump still has a non-negligible chance of winning.

But a look through history reveals that Biden is in a better position at this point than any challenger since 1936, when the first scientific polls were taken in a presidential race.

Indeed, the average of polls has Biden at around 52% or 53% and up by somewhere between 10 and 11 points. This is an unprecedented position for a challenger with a mere 23 days to go until Election Day. 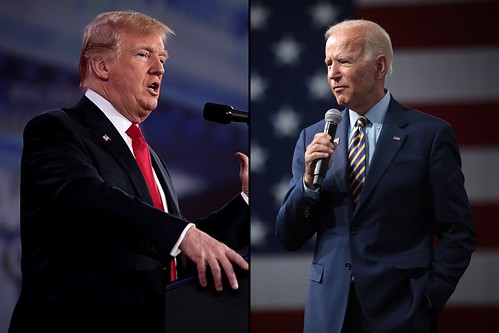 Trump or Biden
(Image by ekaden)   Details   DMCA
Read the rest of the story HERE: