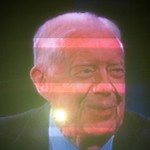 We do not yet know the policy of the next administration toward Israel and Palestine, but we do know the policy of this administration. It has been President Obama’s aim to support a negotiated end to the conflict based on two states, living side by side in peace. That prospect is now in grave doubt. I am convinced that the United States can still shape the future of the Israeli-Palestinian conflict before a change in presidents, but time is very short. The simple but vital step this administration must take before its term expires on Jan. 20 is to grant American diplomatic recognition to the state of Palestine, as 137 countries have already done, and help it achieve full United Nations membership.