Former President Jimmy Carter thinks the United States is no longer a democracy, calling the nation an "oligarchy" during an interview with Oprah Winfrey. The comment came from a trailer for an upcoming episode of the talkshow host's SuperSoul Sunday, which will have its season premiere this Sunday.

"We've become now an oligarchy instead of a democracy. And I think that's been the worst damage to the basic moral and ethical standards of the American political system that I've ever seen in my life," the 90-year-old former president told Winfrey. 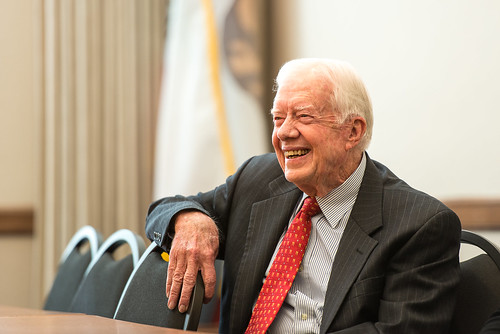