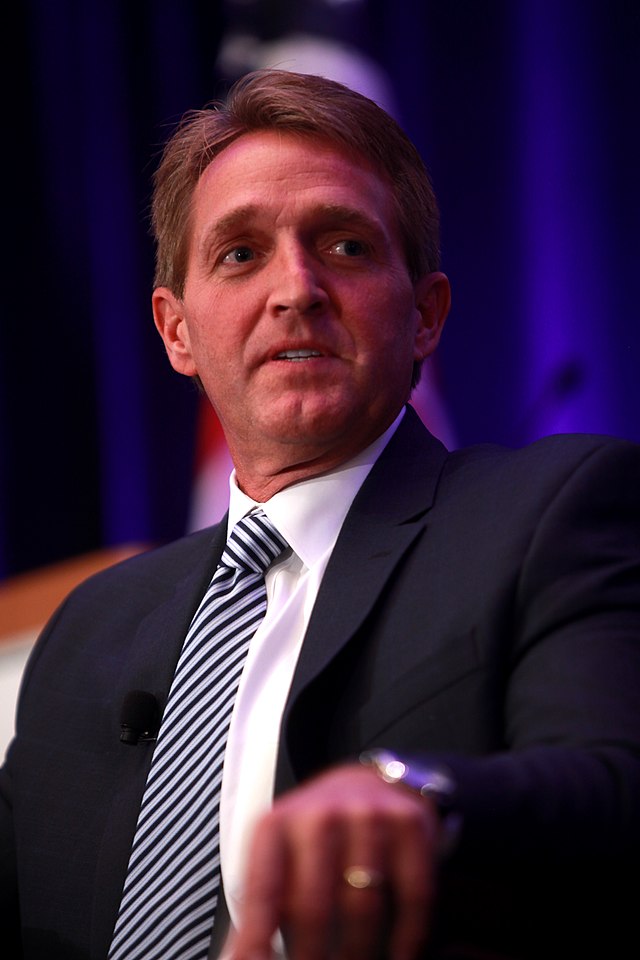 After private conversations in the anteroom of the Judiciary Committee hearing room with Sens. Amy Klobuchar (D-MN), Chris Coons (D-DE), Patrick Leahy (D-VT), and Dianne Feinstein (D-CA), Jeff Flake (R-AZ)  announced that he would ask for a delay in the floor vote on the nomination, but would vote yes in passing Kavanaugh out of committee. He has demanded a one week FBI investigation into Ford’s allegations. And the nominee was approved, 11-10. What happens now is a little unclear.