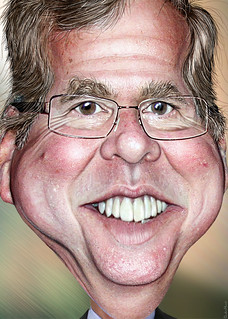 For Florida taxpayers, their trust in then-Governor Jeb Bush to protect their lifelong pension savings was wasted when he forged a highly-profitable relationship with Lehman Brothers that made Lehman and Bush millions. That special relationship was ultimately a certifiable disaster for Florida public employees. While governor of Florida, Jeb Bush made some deceitful transfers of funds in 2005 and 2006 that put the Wall Street investment bank in charge of $250 million worth of pension funds for Florida cops, teachers and firefighters. Lehman profited by more than $5 million in fees on the initial deal with Jeb Bush, and they garnered several additional contracts to manipulate, and then lose, another $1.2 billion of Florida teachers, firefighters, police officers, and other public servant’s pensions.