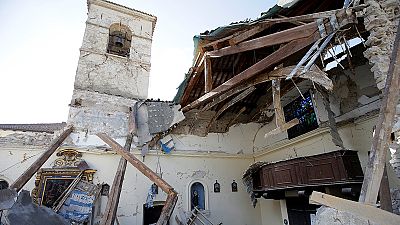 Towns and villages in central Italy have been hit by an earthquake for the fourth time in three months. The 6.6-magnitude quake-Italy's strongest in decades-struck close to the region where nearly 300 people were killed by a quake in August. This time no-one appears to have died, but about 20 people were injured. The medieval basilica of St Benedict in Norcia, the town closest to the epicentre, was among buildings destroyed. An evacuation of buildings in the region deemed vulnerable to seismic activity last week, following strong aftershocks from August's quake, may have saved lives. Tremors from this latest earthquake were felt in the capital Rome, where the Metro system was shut down, and as far away as Venice in the north.