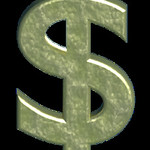 'A JPMorgan Chase employee making $15 an hour working full-time would earn $31,200 a year. Dimon, who makes almost $13,000 an hour, makes more than that in three hours. Starting wages which are now $10.15 an hour will rise to between $12 and $16.50 an hour over the next three years, depending on the cost of living in specific geographic areas. Fortune estimates that the pay hike will cost the bank about $50 million a year. Last year the five top executives earned a total of $99 million. “This is the largest bank in America. Last year they made $24 billion in profits. Jamie Dimon thinks he’s a hero for raising wages to $13. That’s not a living wage anywhere in the country. Chase can do better and so can all big banks.”A serious attack on inequality requires two things — increasing wages at the bottom and reducing outsized compensation at the top. Will that be Dimon’s next announcement?'