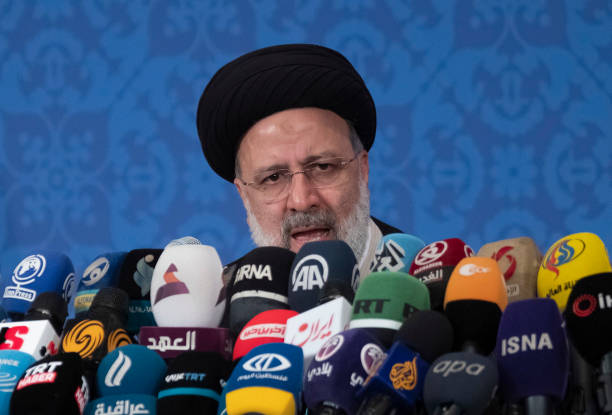 Iran: Ebrahim Raisi must be investigated for crimes against humanity
(Image by gettyimages.com/editorial-images)   Details   DMCA

The butcher is getting started with a lot of problems on his hand . He has already been convicted of crimes against humanity and can be arrested if he steps out of Iran(The Rock) He says publicly that he is proud of what he has done. As if this was not bad enough he has to deal with a long list of problems within Iran. The country is bankrupt , COVID is killing people by the bushel , demonstrators are screaming for regime change and the hard place is total loose of fear of people . He is accustomed to ruling by fear , but anymore there is no fear(The Hard Place)