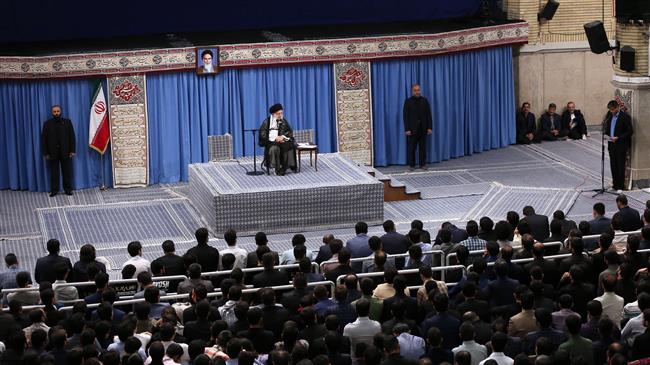 "Although we have always had the ability to tread this path, we declared it haram (forbidden by religion) according to the verdict of the beloved Islam and therefore there is no reason for us to expend our resources on developing and stockpiling a weapon that is absolutely prohibited by Islam to use", Ayatollah Khamenei said to a group of Iranian students.

"We live in a different situation than others," Ayatollah Khamenei said. "We need to think Iranian, act Iranian and live Iranian and this trend can be accelerated by adopting the Islamic-Iranian Blueprint for Progress."