Imprisoned in London's Ecuador embassy and in failing health, Julian Assange continued to be a thorn in the side of American empire so long as Wikileaks remained a channel for truthtellers and whistleblowers. Desperate to silence him permenantly, US intelligence agencies engineered a regime change in Ecuador.  US negotiators followed up with diplomacy, and six months ago, negotiated the reversal of Assange's asylum and surrender of his person to a British prison in exchange for $4.2 billion in IMF loans.

Now, after two weeks of demonstrations in the streets by Ecuador's indigenous and other people of color, the Ecuador government has been forced to return the $4.2B and cancel the punishing "austerity measures" that come as strings attached to every IMF loan. 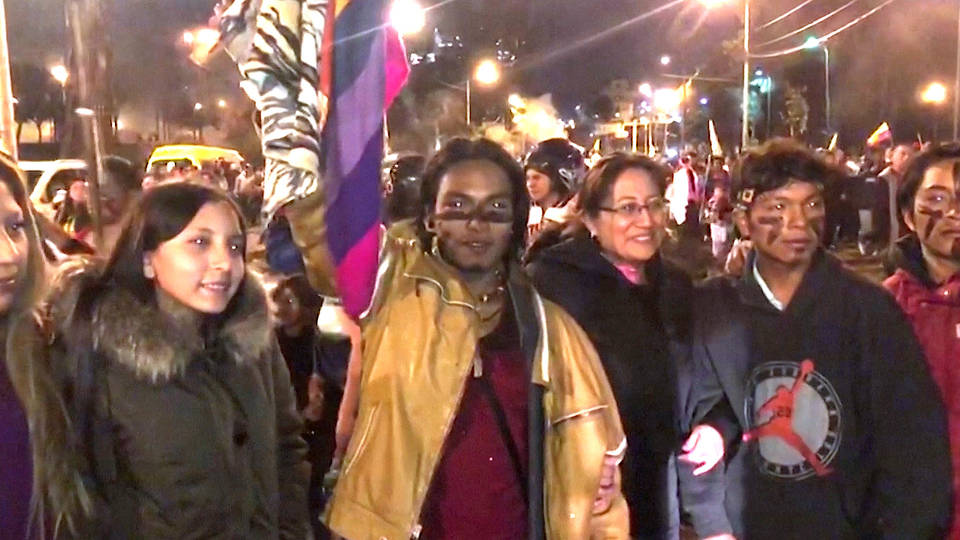 (Image by Democracy now)   Details   DMCA
Read the rest of the story HERE: