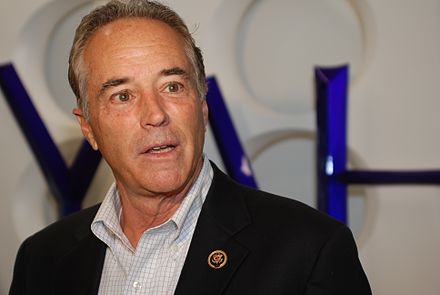 Rep. Chris Collins
(Image by (From Wikimedia) Yahoo, Author: Yahoo)   Details   Source   DMCA
Rep. Chris Collins (R-N.Y.), once a close ally of President Trump, resigned from office Monday, one day before he was expected to plead guilty to insider trading charges in federal court. The sudden resignation marks a dramatic downfall for Collins, who was first elected to Congress in 2012. He later became the first member of Congress to endorse Trump in the crowded 2016 GOP presidential primary. A Federal Election Commission filing in April indicated no individual donors gave to Collins in the first quarter of 2019. Roll Call reported on Friday that half of Collins’s 14-person staff had left his office since his indictment.
Read the rest of the story HERE: