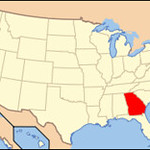 "Secretary Brian Kemp, who is already acting as the fox guarding the hen house, given his dual roles of Secretary of State and gubernatorial candidate, must play fair," added Common Cause Georgia executive director Sara Henderson. "Today, the court has instructed him to do so, and Georgians can rejoice that their voices will be heard in this election."...