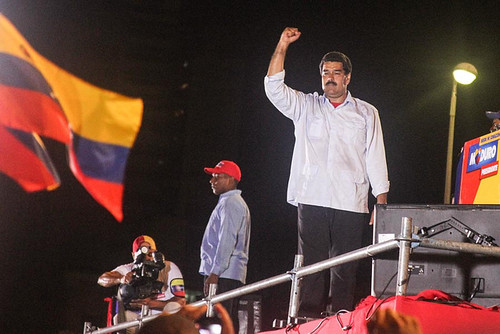 The Wrong Kind of Democracy

Within Venezuela, the US has systematically branded any political action it deems unfavorable as an illegitimate and dictatorial move of the government...

Downplayed or Even Ignored

In 2009, the US supported a military coup in Honduras that deposed the country's elected president. The interests underlying this decision were to maintain access to the military base the US operates in the country and to preserve a hospitable environment for Western business interests.

In 2002, the US aided  a short-lived military coup  against the Hugo Chavez government...the US supported the coup.