GOP donors gave $95 million to Senate super-PACs and party committee between Election Day and Nov. 23, over four times as much as the $18 million Democrats gave similar groups.

The aim of this over 400% advantage is to perpetuate the super-rich low tax rate achieved in the following graphic:

In 2018, offshore tax dodges, like those facilitated by Loeffler, cost states $14.2 billion (Georgia $290 million) and the federal government $97.8 in lost tax revenue for a total of $112 billion or $1.120 trillion over 10 years. This has led to the reduction in the share of Uncle Sam’s revenue for corporate income tax as achieved in the following graphic: 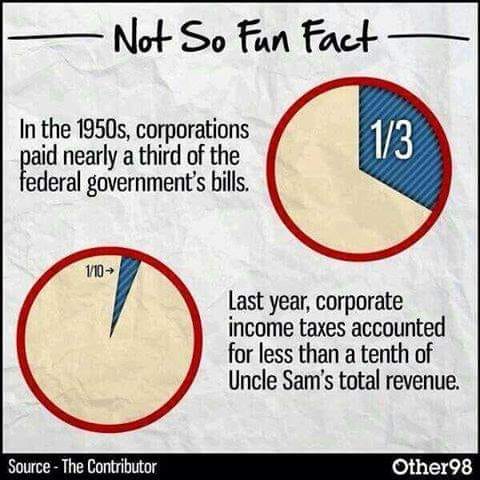 In 2019 as a result of the TCJA of 2017 the S&P 500 companies paid an effective tax rate of 8.7% versus the 21% statutory rate of 21%, An almost 60% discount multi-nationals’ get versus our domestic companies and individual taxpayers.