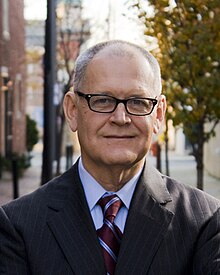 Wendell Potter, a former health insurance executive and now pro-Medicare for All activist, apologized for his role in designing the biggest argument against industry reform in a New York Times op-ed published Tuesday.He was referring to the idea of choice, or put another way, the freedom of Americans to pick their own health insurance plans and which doctors they want to see. The activist called it "a PR concoction," one filling him with "everlasting regret."

"When the candidates discuss health care, you're bound to hear some of them talk about consumer 'choice.' If the nation adopts systemic health reform, this idea goes, it would restrict the ability of Americans to choose their plans or doctors, or have a say in their care."