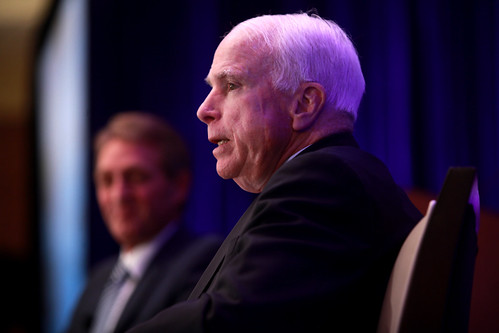 Most Americans remember when presidential candidate John McCain, conducting a town hall meeting in Minnesota in 2008, graciously but firmly rebuffed a woman in the audience who said she couldn’t trust Barack Obama because he was an “Arab.” As he removed the microphone from her hand, the senator said, “No, ma’am. He’s a decent family man [and] citizen that I just happen to have disagreements with on fundamental issues and that’s what this campaign’s all about. He’s not [an Arab].” Spoken like another decent family man, doing the right thing, despite angry emotions and a chorus of booing from the partisan gathering.